Home » Featured » What is Blockchain technology?

Blockchain represents a growing list of records, called blocks, that are linked and allow individuals and companies to make instantaneous transactions on a network without any middlemen. Blocks are the most recent transactions, and they are recorded and added to it in chronological order. Blocks keep track of digital currency transactions without central record keeping.

Blockchain explained
IBM made an excellent free ebook, “Blockchain for dummies,” and important information you can see in this video:

Blockchain is a new type of internet that allows information to be distributed without being copied. With the continuous evolution of the world through globalization, technology has also not been left behind. It brings along ways that are fast enough for people to comprehend the systems behind their easier and quicker way of transacting, especially online. Blockchain technology, however, is not a new phenomenon. Surprisingly, its existence dates back to the year 1991. Stuart Haber and his colleague Scott Stornetta explained in theory at first how they were to develop a system whereby the documents would get time-stamped to avoid backdating and tampering. The following year, they were joined by another colleague, which improved their earlier designs and concepts to enable several documents to be collected and eventually stored in one block. Blocks are typically storage centers of data or information. Various blocks are joined together to create a Blockchain. For the blocks to be tamper-proof, each one is secured using the cryptography system. These imply that every block contains a cryptographic hash, a unique identifier such as a fingerprint, or a specific code. For security and prevention of a possible hacking, no cryptographic hash of any block is similar to the other.
The first of the Blockchain technology’s prominent use was witnessed in 2008 when Satoshi Nakamoto’s usage in cryptocurrency revolutionized his company- Bitcoin. With digital currency, Bitcoin needed a foul proof public ledger that recorded transactions between parties in a permanently efficient and verifiable way. This revolutionary- Blockchain technology- is open and managed on a peer to peer network for verifiability through internode communication and block validation. Due to its permanence and ability to record events and its impenetrable nature, the technology is viable for use in other areas such as health record management, voting, processing transactions, managing identities, and storage of classified documents. This is because once an event is recorded, the ability to delete or alter is barely impossible without interfering with other blocks in the chain attached. Even then, the time required to do so is too much that the system will have detected the breach.

Essential Characteristics of Blockchain Technology
Anonymity is where a person’s identity does not get revealed at any given time. This feature is critical since people require privacy, especially in transactions. As for Blockchain technology, every user is allowed an opportunity to interact via a generated address. This is where their real identity is not unmasked, and this reveals one of the Blockchain’s unique features that has made it popular and enabling its extensive use. On the other hand, the lack of a centralized protocol is another essential component of this technology. When data is in a central location, for example, the central or federal reserves, every transaction performed needs authentication and validation by a statutory body such as the central bank. This background check leads to an increase in operating costs and subjects the user to many hurdles before receiving payments. This process is tedious, frustrating, and takes time to process, sometimes extending to days. However, a decentralized system does not require oversight from a third party. Therefore, it is not a requirement for one to report or even inform the authorities when transactions occur. This makes the Blockchain technology fast and reliable in cases where instant or quick exchanges are needed.
What’s more, Auditability and persistence are, among other reasons why Blockchain technology is well embraced in cryptocurrency transactions. Due to the multiple nodes verifying information, it is critical to note that data gets verified instantly and reliably in the shortest time possible. This ensures that invalid transactions are immediately discovered and, therefore, do not get admitted. Their strict protocol provides that deleting operations and roll backing them is impossible, ensuring everything is above board.

Blockchain Technology Usage- applied blockchain
Various sectors continue embracing the technology due to the various inventions it possesses. For instance, Blockchain technology is developing into a game-changer in enhancing healthcare systems. For every healthcare provider, quality service delivery is top of their agenda. Through this technology, it is evident their chances of success are more likely to occur. Patient care management is directly in line with the achievement of quality care. Various institutions have set up rules and regulations in ensuring that this area is not subject to neglect by health care providers. In this case, Blockchain plays a significant role here in that; it allows alteration of data to get done by community users and various professionals. It is mainly through the authentication of the persons. Through private key cryptography, a digital identity gets created, and the changes are added to reflect on the system within seconds. In the medical field, this is crucial as any combined data helps in decision making. 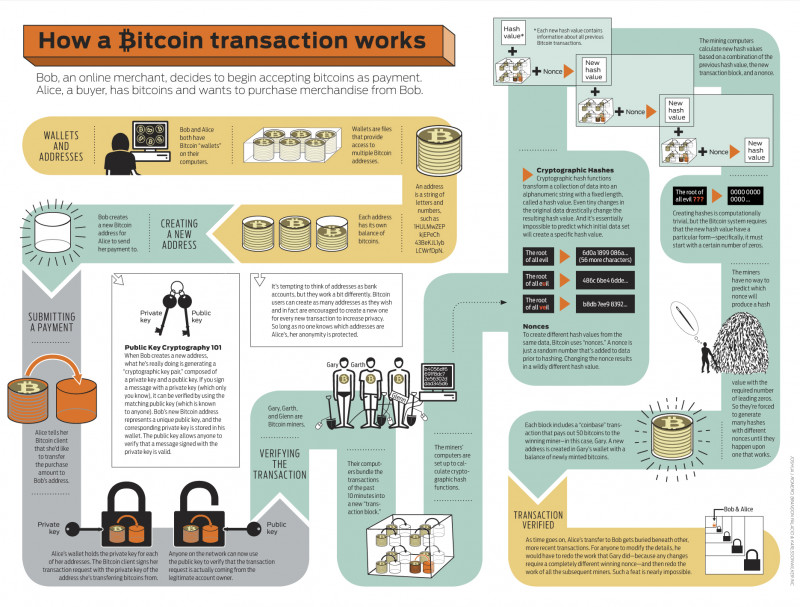 The distribution of ledgers is also a revolutionary technique in this industry. The open system guarantees access to experts while serving as a storage facility for data. Additionally, this data is verified, signed digitally, and authenticated in real-time. The safety of the information is an added assurance that no single user can alter the data since all members keep a copy of the data. These systems are not entirely new. Hence it is easy to transfer and pick up during an introduction. It is also worth noting that the healthcare industry is a business like any other. Hence, when Blockchain technology enhances transactions in firms, several are healthcare-related.

Hdac blockchain technology is an IoT contract platform based on blockchain that exchanges and restricts the usage of connected devices. An IoT contract is a machine-to-machine (M2M) service that controls all the blockchain network devices. It can do this by embedding a smart contract to the IoT device and sharing the device’s address in the network.

In the business industry, specifically the financial service providers, insurance companies, asset managers, and banks, they are all set to benefit more from Blockchain technology. Access to a whole range of well-interconnected databases and cryptography has continually allowed such institutions to simultaneously gain unlimited access to tamper-proof digital ledgers. Earlier, the institutions mentioned above ignored this idea, assuming its failure. However, Blockchain’s usefulness in the industry led to the consistent growth of these industries’ venture capital. Areas such as clearing and settlement of trades and loans in financial institutions are set to gain much. Saving of wastages accruing to $10 billion has been projected across the industry on an annual basis when Blockchain is integrated into the system. This proves that the technology is efficient and provides an opportunity for businesses to control leakages that sometimes run them dry financially.

The Australian securities exchange, for instance, seeks to migrate all its post-trading operations and settlements on to a Blockchain system. Payments, too, especially by central banks in various regions, are set to move. This is due to the realization of the advantages technology brings, especially in fraud prevention and data security. The Switzerland Central Bank’s reluctance to embrace the technology after several calls from local financial players has led some commercial banks within Switzerland to go it alone to a point where they are raising their own digital currency. Additionally, many central banks worldwide intend to raise digital currencies to curb the growing challenges that Bitcoin possesses on their monetary policies.
Moreover, Blockchain technology can also identify clients and immigrants, especially in cross-border trades and entries. As it continues to enhance trade, various sectors are mainly benefiting those who include the agriculture industry, music industry, and smart appliances, where users continue enjoying more control over their devices.

We can use a lot of articles and case studies related to blockchain. For example, this technology could reduce the big internet companies’ influence and return the web to its original vision.
Blockchain technology could solve the internet privacy problem, Social Media’s Biggest Problems or Revolutionize the Healthcare Sector, solve whiskey counterfeiting, Solve the Water Management Crisis, etc.

The Demerits of Blockchain Technology
Although Blockchain has been termed revolutionary in the business and tech world, several challenges affect this technology’s effectiveness. With the growing movement to cryptocurrencies and the continuous growth of Digital Coins, transactions are increasingly becoming bulky. In turn, it is hindering effective service delivery due to the restrictions on the optimum time to generate a new block. The speeds of processing transactions set at seven transactions per second per block are increasingly becoming a challenge to transact effectively, especially those with low transaction fees. This is because data miners prefer sales-generating higher prices as opposed to those with lower fees.
Another major demerit is privacy. Blockchain can only preserve small private information on both the public key and the private key. Recent studies show that since transaction amounts and balances are publicly visible, it is impossible to guarantee ultimate privacy to a user. For instance, in Bitcoin trading and mining, transactions can get linked to reveal user details. This is through the classification of buying behavior and narrowing it down to specific information such as the user’s age, gender, and residence area. Therefore, in some cases, the user’s complete anonymity cannot be guaranteed.

Conclusion
Technological advances continue to improve the world in various ways of life. It is important to embrace these technologies as agents of change and simplified ways of doing things. As witnessed, Blockchain technology is a promising product, especially in improving businesses, and promises to offer a lot in other crucial sectors such as immigration and the health care system, especially with medical health management. Central banks in New York, China, and Sweden, among others, continue to evaluate this technology’s usefulness in their business models and how they affect their monetary policies. With the enhanced security protocols, its wide range of use and reliability will attract many businesses into its adoption. Blockchain technology is the modern world tech revolution, and change to its adoption,n specifically in the financial sector, seems inevitable.